Little fire ants, or “LFA” are tiny, stinging ants that are easily moved from high-density areas, like the eastside of Hawaiʻi Island, to other parts of the island or state where there are still no LFA present. Theyʻre so small itʻs easy for them to hide in goods being shipped between islands. 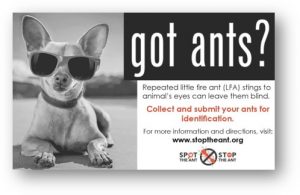 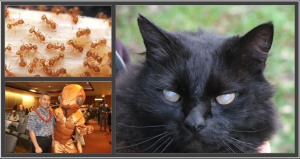