The protection of Hawaii’s endemic ‘ōhi‘a tree is imperative to  the health Hawaii’s native forests that are a main provider of freshwater for the islands and habitat for native species. Our native forests are threatened by invasive species, including invasive pathogens like guava rust (Austropuccinia psidii, formerly Puccinia psidii), and the two Ceratocystis fungal pathogens that cause Rapid ‘Ōhiʻa Death. This page is a compilation of reports and studies focused primarily on Austropuccinia psidii and other threats, in support of restricting the importation of Myrtle family plants into Hawai‘i. 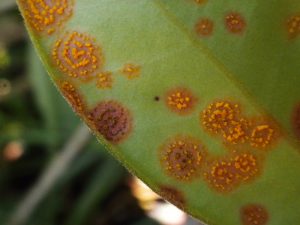 A. psidii on South American species of Eugenia (Photo by DAF Biological Collections) 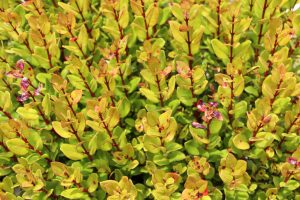 Ohia seedlings with A. psidii (Photo by JB Friday) 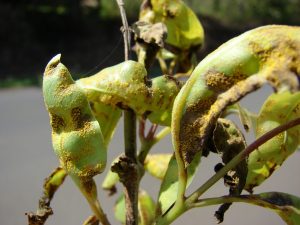 Resource managers first found the rust on rose apple leaves in 2005. Surveys determined that the rust had already spread statewide, but it was not impacting nearby ohia. 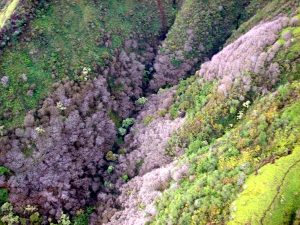